Showing posts from October, 2016
Show all

#OpenBook - what are you reading this month? 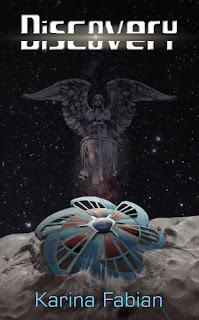 Finally, I managed to break the Netflix addiction just enough to pick up a few novels in the past couple of weeks.  A few days' travel to DC helped, because who wants to waste phone battery in an airport when books fit neatly into a purse?  My recent reads are an odd variety of genres, but here goes.


I've been in the happy process of reviewing a handful of books, most recently Karina Fabian's Dicovery.  (And I got to interview her!  Yay!)  No spoilers on the other two, but suffice it to say I burned through one of them in a total of two hours.  And discovered again that non-fiction takes me forever to get through unless I have to read for class.


On audiobook, I picked up Terry Pratchett and Stephen Baxter's The Long Earth, which was a fascinating start to a series that I only hope I have the stamina to finish.  If I only read this one, though, I think I'll be okay, as it's much more sci-fi and much less fantasy than his other books (not quite my thing).  The bo…
1 comment
Read more
More posts